From Boomers to Gen Z, employees’ job expectations and interest in returning to the office depends on their age.

Do your employees prefer remote work or going to the office? It depends on who you ask—and their generation.

Employees vary greatly when it comes to what they want out of work and the office, depending on whether they’re a Baby boomer, Generation Xer, Millennial or Gen Zer. Leaders would be wise to note those generational differences, especially when trying to get employees to come to jobs, stay in jobs and come back to the office, says James R. Bailey, professor of leadership development at George Washington University.

“People who are more likely to resist this are going to be people of a certain age, and that is your younger generation,” says Bailey. “So if you really need them back in the office, you’ve got to attend to that and understand where they’re coming from.”

The office can boost corporate culture: people often learn how to navigate a culture by watching others interact. Remote onboarding also can be pretty tough on new hires, writes Art Markman, a psychology and marketing professor at the University of Texas in this Harvard Business Review piece. The office fosters collaboration, because so much information is shared through short, informal conversations. And people can find a true sense of purpose by going back to the office: because it reinforces a common mission, according to Markman.

But after two years of remote work, there still may be resistance in coming back to the office, either full-time or part-time.

Here’s a look at each generation and what they want from work and the workplace:

Born between 1946 and 1964, Boomers tend to be goal-oriented and competitive, and they equate work and position with self worth. They had to stand out—the generation comprised 80 million people—and they learned that the more you were at the office, the harder you were working.

“It was ‘get to work before the boss and leave after them,’” says Scott Zimmer, director of keynotes and training at Bridgeworks, a Minnesota generational research and consulting firm. “It was the Boomers who turned the 40 hour workweek into the 50 and 60 hour workweek.”

About half of people over the age of 55 left the workforce during the pandemic, but many of those who stayed did so in part because work is all they know or they have no retirement savings, says Ira Wolfe, a Boomer and president of Success Performance Solutions, a Pennsylvania leadership assessment firm.

More recently, boomers are coming out of retirement and back to the workforce, says Sinem Buber, lead economist at ZipRecruiter. Many of them lost a chunk of their retirement during the 2008 crisis, and as inflation and gas prices climb today, they increasingly want job security over career progression.

Yet they are not aggressive in their job searches, and they’re far more picky: they only want jobs that are meaningful, says Buber. “They do not want a stressful job,” she says. ​​

They tend to favor contract work, and they’re not as ready to return to the office as you might think, according to Bailey’s survey.  The COVID-19 outbreak provided a glimpse to boomers about what life could be like down the road without the regimen of the office.

Born between 1965 and 1979, Gen Xers grew up with the Cold War, MTV, and early personal computers. They were mostly latchkey children as divorce rates skyrocketed and more women joined the workforce.

As a result, this generation has a deep desire for autonomy and independence at work.

“We developed a self reliant mindset early on. No one was there to give them step by step instructions,” says Zimmer at Bridgeworks, who is a Gen Xer. That autonomy can be challenging as leaders, because little feedback from bosses to them meant you were doing a good job. But younger generations need more frequent feedback on how they’re doing.

Gen X is also the “sandwich generation,” caring for aging parents and children, so balancing work and family needs is important. The pandemic showed them work with more flexibility.

“Xers woke up one day and said, ‘Holy cow, we have aging parents and we still have kids at home, we need to get dinner on and activities and baseball games—and that’s before we get to work,’” says Zimmer.

According to ZipRecruiter’s survey, Gen Xers who are unhappy chalk it up to either an inconvenient location, lack of flexibility of where they can work, a lack of promotion or the amount of stress in their lives. Yet when they’re looking for their next job, stress is not something they are trying to avoid. “It’s something you just have to take,” Buber says.

Gen-Xers now hold half of leadership positions today. But much of that career advancement from this generation has come through relationships, networking and face-to-face time over the watercooler at the office.

Of all generations, Gen X wants to get back to the office, says Bailey, simply because they’re aware that they’re in their prime years and in-person matters for promotions and raises. Most Gen-Xers surveyed by Bailey thought their performance suffered.

Yet they want a reason to go to the office and enough people there to make it worthwhile. “Just doing it because the CEO says so or because they want to keep an eye on you—that doesn’t hold water anymore,” says Wolfe.

Born between 1980 and 1996, Millennials are projected to make up 75% of the workforce by 2025. They’re tech-savvy and want a social, friendly and entrepreneurial work environment, says Bailey.

Millennials grew up with Columbine and 9/11, and they were always encouraged to talk and express their thoughts, emotions and ideas.

“Adults gave them a voice at a much earlier age than other generations,” says Zimmer. “Then they got to the work world and the boss said ‘jump.’ Instead of asking ‘how high?’ they said “why?” or ‘I have an idea on how we can jump better.’”

Because Millennials grew up with social media, remote friendships and interactions, and video games, working remotely during the pandemic seemed perfectly normal, says Bailey.  They see it as having no impact on their performance.

Millennials are not yet high enough in their organizations to understand how their performance might affect other people’s performance, says Bailey. “They’re not seeing the sort of synergies and connections and collaborations that can be picked up by going into the office.”

If leaders really want Millennials back in the office—at least part time—they must realize their love for remote work and sell them on the benefits of workplace connections, reminding them about mid-career development that happens in the office. They should know that they’re more likely to get promoted and get raises because of those relationships built there.

That’s key, because without enough opportunities for promotions, learning new things and acquiring skills, Millennials are more likely to leave their jobs, says Buber of ZipRecruiter.

The commute has changed for many Millennials since the pandemic. COVID-19 prompted an exodus from cities and small apartments to larger homes elsewhere. And while they’re not opposed to going to an office for a meeting, they don’t see the point of five days a week because of the distance, says Wolfe, who’s podcast Geeks Geezers and Googlization explores the future of work and careers.

Leaders must give them a choice and make the office just as attractive as remote work—whether it’s making their commute easier or cheaper by offering a free transit pass each month or making the office more inviting through architecture and interior design, or social activities, says Bailey.

Born after 1997, Gen Z makes up the world’s future workers. And right now, it won’t be hard to convince them to come into the office.

After being trapped at home during COVID-19 lockdowns, these young people are tired of online training and remote working. Only 23% of Gen Zers say remote working is very or extremely important to them, according to a 2022 Career Interest Survey of 11,495 Gen Z students by the National Society of High School Scholars. In-person training is almost five times more interesting to them than online training.

They see the importance of networking and mentorship in their first jobs, and learning the unwritten rules of the workplace can be hard when you’re only checking in with Zoom.

Many Gen Zers who graduated between 2019 and 2022  have yet to work inside an office.

Generation Z has an enormous amount of anxiety, says Zimmer. They’ve grown up with a supercomputer in their pocket that delivers constant notifications and a barrage of bad news, from climate change and school shootings to race inequities and dire warnings of rising COVID-19 cases.

“They’re no snowflakes,” says Zimmer. “No other generation is going to be able to say, ‘I lived through a pandemic through my formative years.’”

They’re used to specific clear rules and guidance. They grew up with rubrics in the classroom and step-by-step instructions on YouTube to do everything from playing the guitar to building a dog house. As a result, they tend to be timid at work and tend not to branch out on their own and work independently—because they’re worried about making mistakes.

“They’d rather not attempt something at all than attempt it and do it wrong,” says Zimmer.

They prioritize a flexible work environment, health benefits, making a positive impact in the world—and above all, the fair treatment of all employees across gender and race, according to the survey.

Gen Z is the most diverse generation ever, says Zimmer.

“They can’t see themselves growing in an organization where everyone in leadership is white, Boomer and male,” says Zimmer. “Diversity, equity and inclusion is not a perk. It’s a baseline expectation.”

Nearly four out of five students surveyed expect to have college loan debt as they head into the working world, and 60% of them expect to live at home after getting their first job for the first year or two. They hope their potential employers will help them: 44% expect an employer to help them pay off student loans, a significant disconnect from the benefits packages that employers offer, according to the report.

Generations explain the why, but people are individuals.

The lens of generations can be helpful to understand the why behind various age group’s approach to work. But it’s important not to overgeneralize, experts say.  Each employee is different with unique wants and needs.

Wolfe sees more similarities than differences among generations. The three drivers of why people stay in jobs are work-life balance, recognition, and a good relationship with their manager and colleagues, he says.

“Everybody wants work life balance, but how each generation approaches that might be different,” Wolfe says. Boomers may want the flexibility to spend time with their grandkids while younger workers want time off to see the world. “People need to be treated as human beings, as people, as individuals.”

Why Your Commute Is Good for You 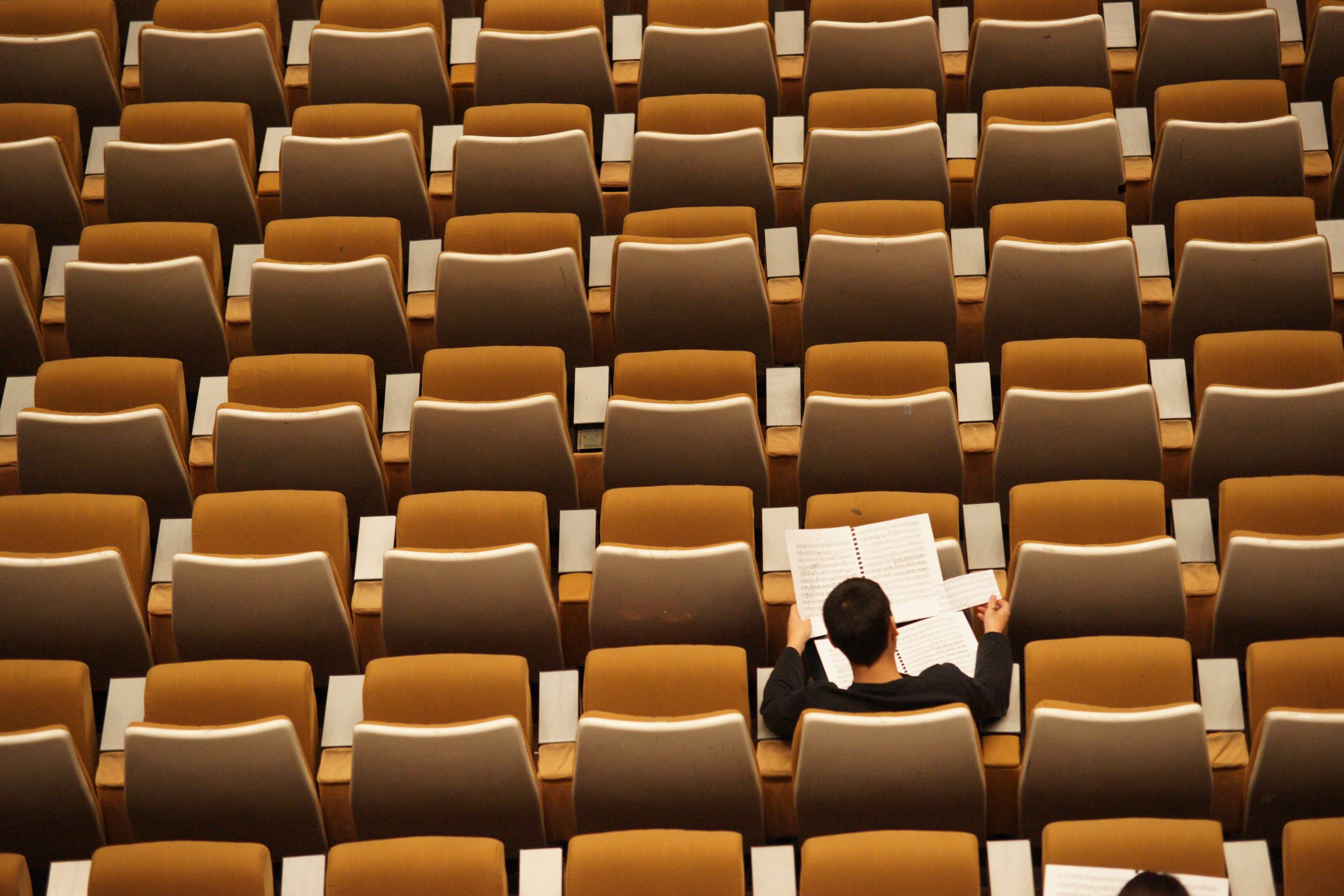 The Declining Value of College Degrees