As pollution heats up in large cities, it can hurt productivity and health. Here’s what you can do to improve things for your employees.

At Dell Technologies Consulting, outdoor air quality is a big concern for many employees, whether they work in countries like China and India that are grappling with pollution problems, or travel frequently to areas with poor air quality. Going outside to enjoy the sunshine sometimes means exposure to unhealthy fumes.

An employee resource group — dubbed “Planet”—at Dell started a pilot program to improve the air quality that workers breathe by investing in Flow air pollution sensors made by Paris-based Plume Labs. The small portable devices allow associates to test the air quality wherever they happen to be working—whether it is in a company office, on-site with a client or working remotely from home. They can sync the gadget, which is easy to attach to their clothes or bags they carry, with their smartphone to find out their exposure to pollution and protect themselves when necessary.

So far the group has purchased 10 devices, available for less than $200 each. Dell Technologies plans to make shared devices available at every major office across Asia Pacific.

“Let’s say you are based in Delhi, and the air quality is really bad,” explains Christoph Theisinger, vice president, Dell Technologies Consulting, APJ and Greater China and executive sponsor of Planet. “You would probably consider wearing a mask to work. You’d probably feel better and be happier and more productive.”

There is good reason for the precautions. Outdoor pollution is getting worse. The European Union recently took legal action against the city of London and other European metropolitan areas because pollution levels passed allowable limits. And in the United States, the recent State of the Air Report shows that as temperatures rise, more big cities witnessed increased levels of ground-level ozone, or “smog,” and particulate pollution, or “soot.”

In the last decade, research has shown a link between pollution and health problems like heart attacks and asthma—even premature death. It can make office workers less productive, lead to more sick days and even affect investor attitudes. (The University of Ottawa and Columbia University even discovered a link between poor stock market performance and high air pollution days.) And in China, air pollution is so bad that Panasonic started offering compensation to expat employees who wouldn’t otherwise relocate.

More employers are starting to think like Dell, by focusing on how breathing clean air can create a better, more productive workplace. With smoke-free offices now in the mainstream, one major frontier is looking at outdoor air coming indoors. “That can have a lot more impact than we anticipate,” says Janice E. Nolen, national assistant vice president of policy at the American Lung Association.

In a study of call-center workers at China’s largest travel agency, for instance, researchers found that workers were 5-6% more productive when the Environmental Protection Agency rated outdoor air quality as good than when it was deemed “unhealthy.” The researchers recommended installing HEPA filters to clean the air, though they noted it wasn’t clear if the devices could remove all of the pollutants.

Employers who already have HEPA filters can do even more by improving the ventilation in a building. Many buildings only meet the minimum acceptable ventilation standards, but a 2015 study found that it pays to go beyond that. At one company they studied, increasing the ventilation rate in a Boston building to twice the minimum standard cost $40 per person per year. That same change in ventilation led to an 8% increase in employees’ productivity, enabling them to perform like someone who made $6,500 per year more than they were paid. The researchers also found that better ventilation led to less absenteeism and improved worker health, with a lower chance of sick leave, influenza, and pneumonia.

Of course, it’s not always easy to stay on top of every air quality problem at a company, especially if workers are spread out among various locations. One recent study recommends surveying employees to find out about any concerns—whether it’s a moldy smell or the emissions from a printer that everyone uses—that managers don’t know about. “You have to hear from employees about things they are dealing with that are not as obvious to you,” says Nolen.

The next step is to bring in professionals to do a thorough assessment of the situation and to offer recommendations, so you don’t have to embark on a giant research project to solve any problems that crop up. “Those assessments need a good set of experienced eyes,” says Nolen.

The fixes many buildings need are fairly simple. Putting into place procedures to make sure the building is well-maintained, leaks get fixed promptly and pest-control is handled safely can go a long way, Nolen notes.

Although radon isn’t in the headlines as much as it once way, employers should still be testing for it, says Nolen. “We have to put aside thinking it is last year’s news,” she says.

Radon, a naturally occurring radioactive gas, has no odor and is tasteless and invisible, but it can enter a building through the cracks, build up inside and cause lung damage that can lead to cancer. It causes about 21,000 lung cancer deaths a year, according to the U.S. Environmental Protection Agency. The good news is that remediating it generally does not require major renovations, Nolen says.

Keeping an eye on indoor air quality alone won’t protect all of your employees. Your activities inside the building can affect the air your team breathes as well, so it’s important to take stock.

To keep the indoor air clean—and avoid creating pollution that leaks into the air outside the building into areas where employees may take breaks or eat lunch—some companies are choosing lower-emitting cleaning supplies. They are also asking employees to limit their use of perfume, thereby cutting down the volatile organic compounds that circulate, says Nolen.

If you follow Dell Technologies’ lead, you may someday find that an employee with a device like the Flow sensor will help you pinpoint exactly where you have problems, so you can fix them before they get any worse. Says Bernard Yap, senior systems engineer at Dell Technologies in Singapore: “Data is our future.” 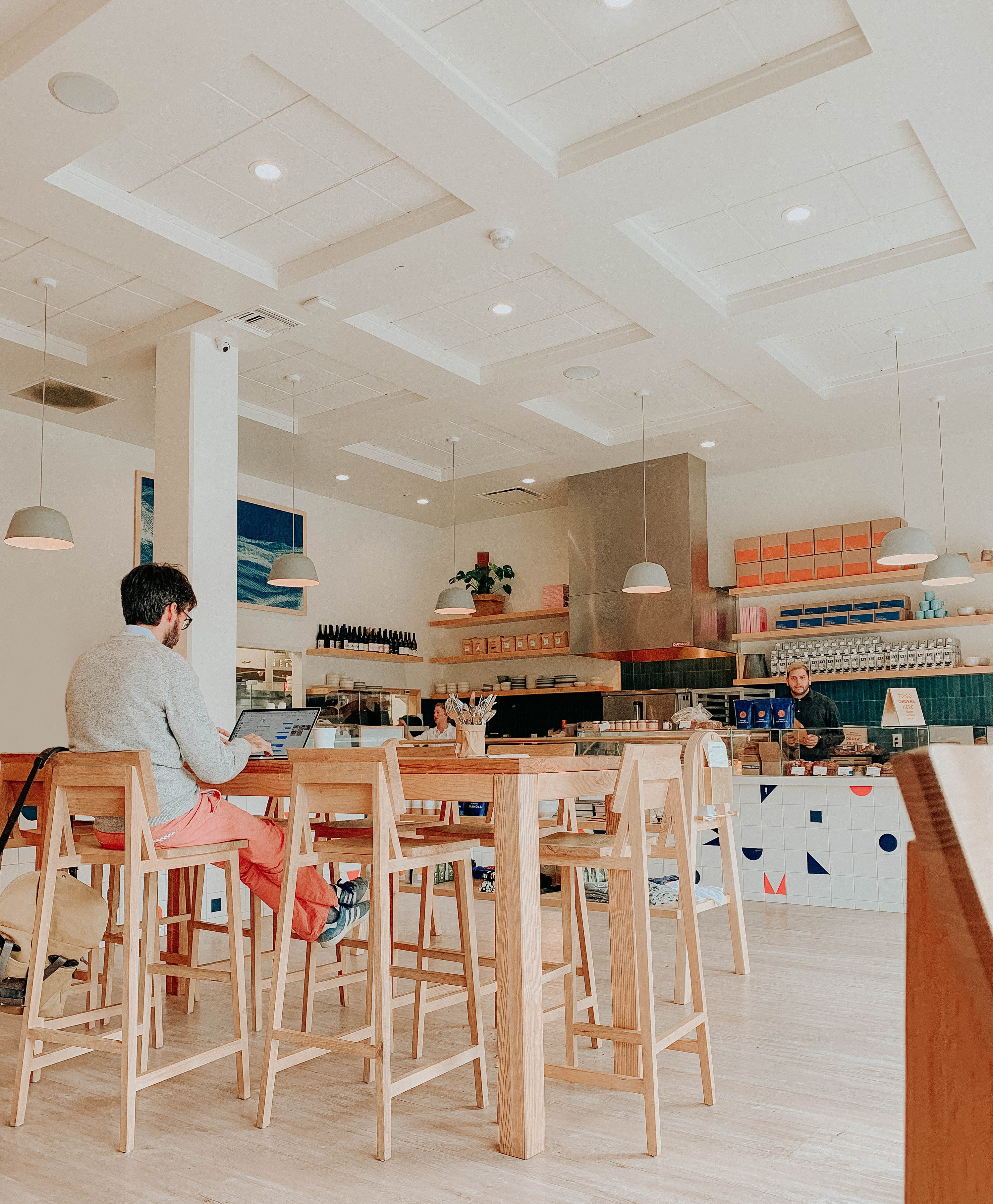 Ending the Googlization of Work

Stop Designing Your Workplace Around Millennials